Learn how to participate in an online game for the first time, get a sense of how it is to play with other people, and familiarize yourself with basic rules of an online Heroes 3 game.

In this guide, we will be covering some basic things on how to play an online game of Heroes 3. We will go through the rules that you need to know before you start playing against other people. You will learn what things like restarts on 111 or timer mean. Note that this is a guide mainly for beginners and those who have not played against other players yet. The game is always different when fighting against AI and playing with other people. 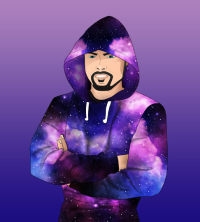 How to start a game online?

Starting an online game is fairly easy- all you need to do is click on New game, go to Multiplayer and then click on “Online lobby.” After that, a new page will appear, and this is the Lobby. 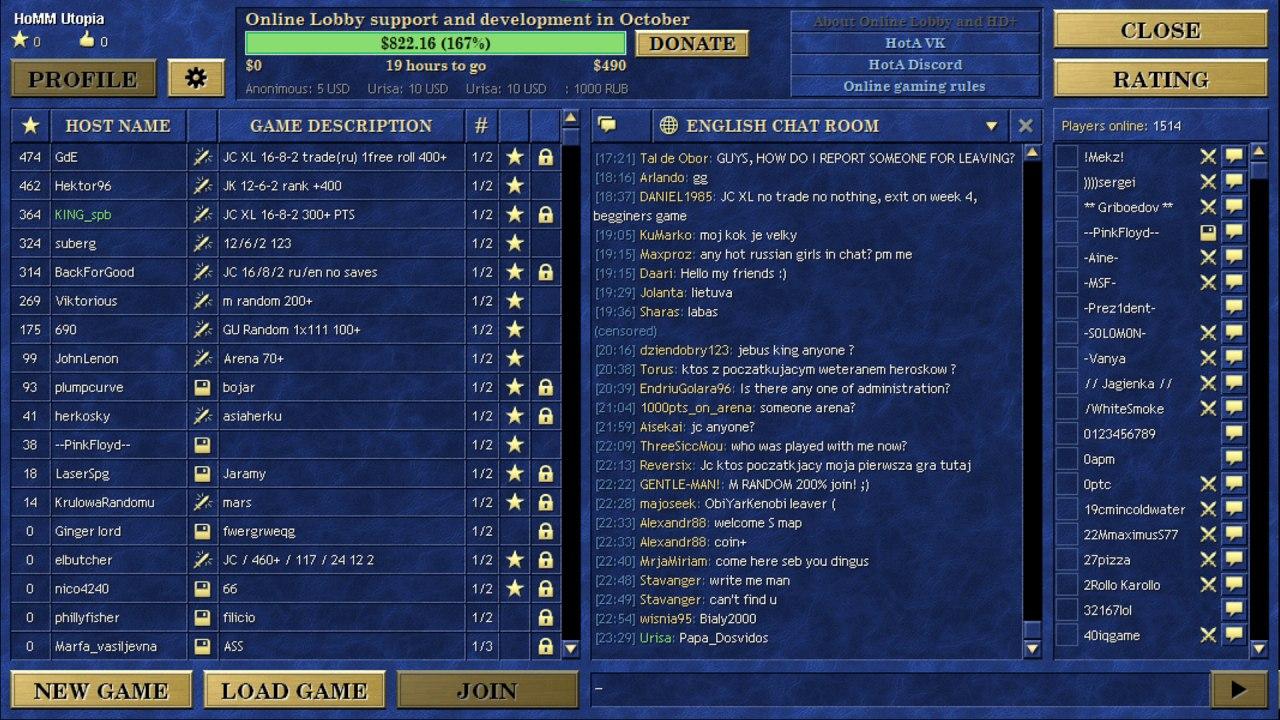 It may look unfamiliar, but it is straightforward to navigate. On the far right, you will find players who are online at the moment. You can right-click on their names to see their rating and how many games they've played so far. Your rating will be on the left side, and of course, you start from scratch, so your rating will be 0. For starters, your rating should not be so important to you. What is important to you are the games that you will see on the center-left side, under the Game description tab. These are the games that people are hosting for you to join. On the center-right, you will find the chat room where you can chat with other players or ask questions here if you have any.

What do you need to know before entering a game?

Before you join a game, you need to know a few things. First of all, you shouldn’t play a game with somebody who has a much higher rating than you right off the bat. Remember, you are a beginner at Heroes 3 online gaming, so with a rating equal to zero, you’ll probably want to look for games with people that have a similar rating to yours. There is a possibility that more experienced players will not want to play with you at all.

Next, under the Game description tab you may see something like this: JC 14:7:2 2x111 1x112 1freeroll. What is all this? So, there are three main things that you need to know here – standard restarts, the timer and what trading towns and color means. First, we will mention what JC, or usually the first part of the game description, means. Jebus Cross & 6LM10A are the most popular map templates.

Besides map templates, every game will have a timer. This is the second part of our example. It can be 14:7:2 or 12:7:2 or whatever the host sets. These numbers represent minutes. The first number shows how many minutes you will have for your first turn. In our example, it is 14 minutes. It can be longer, or it can be way shorter. More experienced players tend to set this time to be quick. The second number shows you how much time you will have for each additional turn. In our case, that is 7 minutes. But, if you do not use all the time you have for your first turn, it will be added to the next one. So, let’s say that you used 4 out of 14 minutes for your first turn. You will have 10 minutes left, and they will be added to your 7 minutes for the next turn, so you will have 17 minutes total. The last number (2 in our example) signifies how much more time you will have for each fight you get into. This means that when you have fights against the monsters you get 2 additional minutes for that. If you finish the fight in less than 2 minutes, it does not subtract any time from your overall timer. But, if you use more than 2 minutes - you will actually get time subtracted from your overall timer. 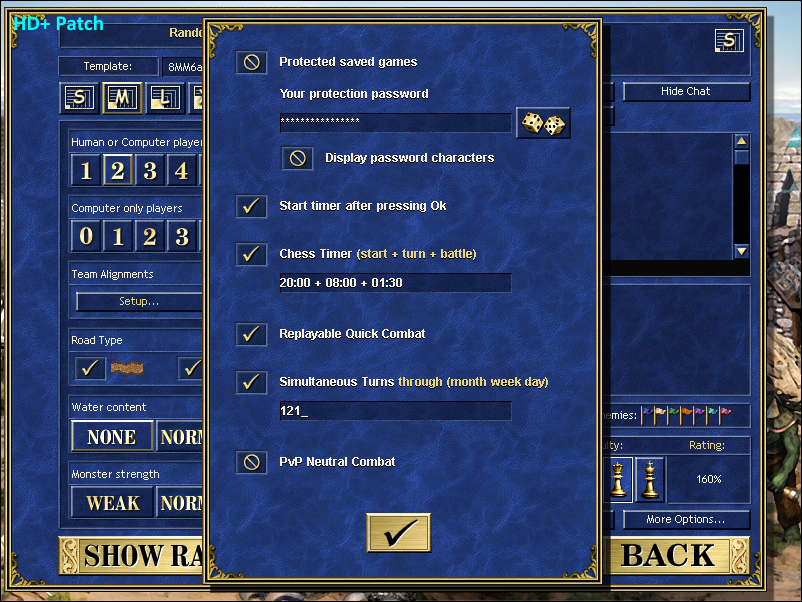 Next, you may find the abbreviation sim, which stands for simultaneously. This means that the players will play simultaneously, and this is how usually new players play. So, you won’t have to wait for your opponent to end his turn in order for you to play. After the abbreviation, you could see something like 131, 127 or similar. The first number is the month, the second is week, and the third one marks the day. This implies that the players will play simultaneously until the day represented by these numbers.

Another important thing you should know about are restarts. Numbers 111 signify that you can restart the game twice on the first day of the first week of the first month in the game. In practise, this means that on your first turn you should take a good look at the map and decide whether you wish to continue playing or would you like for the game to be restarted. The same goes for your opponent - they can also decide to restart the game if the map is not so favorable for them. Standard rules are two restarts on 111 or one restart on 112. Red player plays first, and a common rule is to write a + in game chat if the map suits the player. If not, the player may type in 111 and the game should be restarted by the host. Blue player can wait until the opponent writes a +, 111, or 112.

Last, but not least is the trade. Some hosts can write trade, no trade or picks allowed in the game description. Trades mean that you can exchange random given towns. When starting a game, you can set it to give you random towns. Of course, some towns are stronger than others and this is where trade comes into play. You trade by offering a certain amount of gold to the other player to change towns - e. g. you write 1k, the opponent then writes 2k, you say 3k and so on until you reach an agreement. Common rule is that you get 10 000 gold at the start of the game, and if, let’s say, your opponent gives you 7000 gold to change towns with you, you will start with 17 000 gold and your adversary will start with only 3000 gold. In that fashion, the advantage one player has over the other in ways of a better town can be canceled out. “Picks allowed” means that players can choose which town they want to start with.

Additionally, you can trade for colors. It is considered that the red color has the advantage, so the players may offer gold to exchange colors. Usually, the red color costs 500 - 2000 gold.

Also, you may find something like “roll 1 free” in the description - this symbolises that you can randomize the towns once again, if you are not satisfied with the first set of randomly chosen towns.

Heroes 3 online games are almost always played with tournament rules, which differ from those when playing a single player game. You may find the rules here: https://h3hota.com/en/rules. It is recommended to get acquainted with these rules and to play by them, so later you can enter tournaments and avoid any sort of trouble. 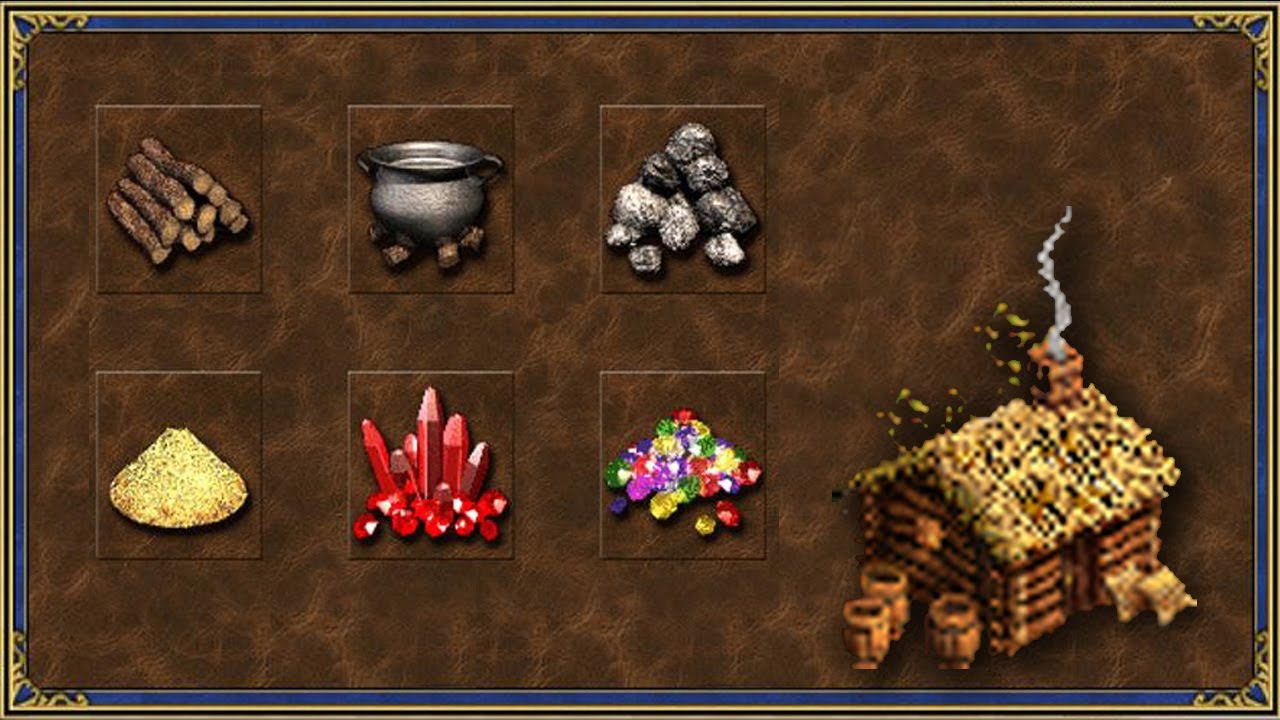 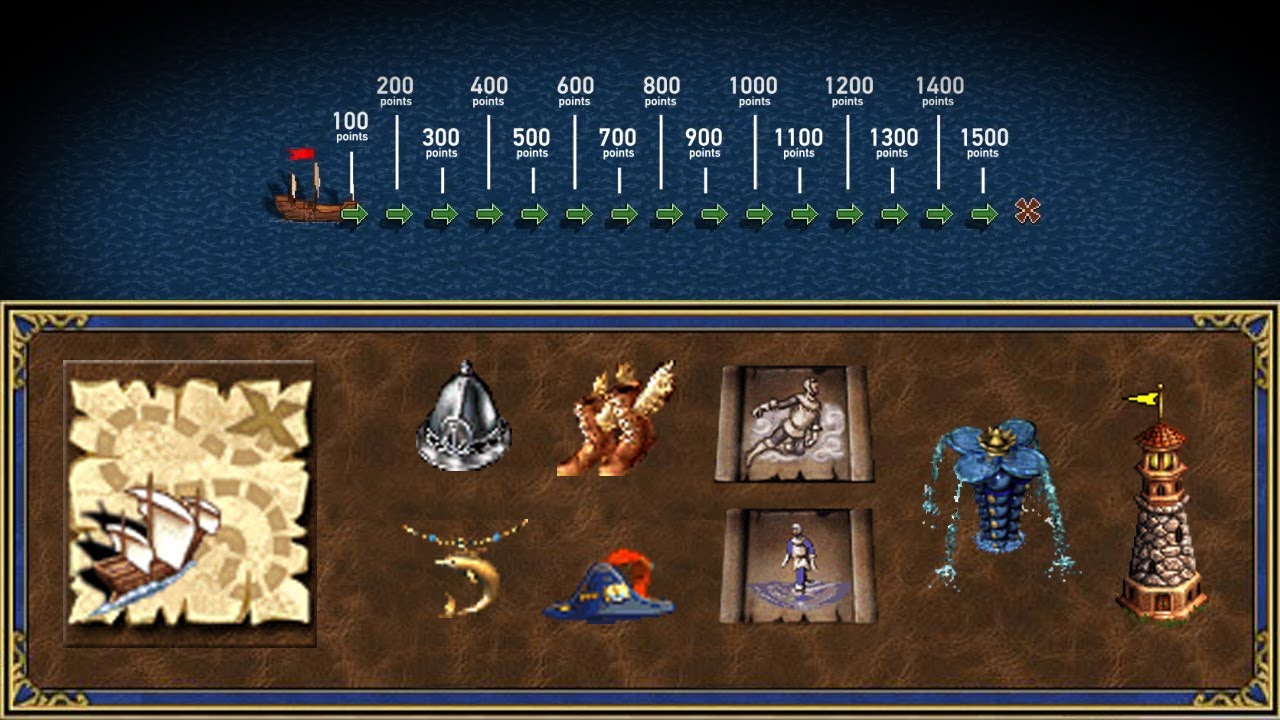